Skip to content
Is it really all about the people?

Is it really all about the people?

Yes, but sometimes no.

Don’t get me wrong. LoveHR is all about the people but we are grounded on the reality that if a for-profit company isn’t making enough money, then at some point, they won’t need any people.  That means every recommendation has to be calibrated with what is possible for the business from the perspective of money and time – because when you are struggling to make money, your time is inevitably prioritized on the same. Not to be a black cloud, but great sales are only great if they exceed expenses.  When I have a client who is “in the red”, we prioritize how to get his “house” in order. 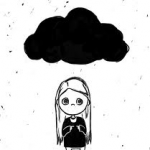 Here is our hierarchy of business functions:

Now clearly all of these functions are actually led and managed by people and thus in that context, it is all about the people.

What do you think?