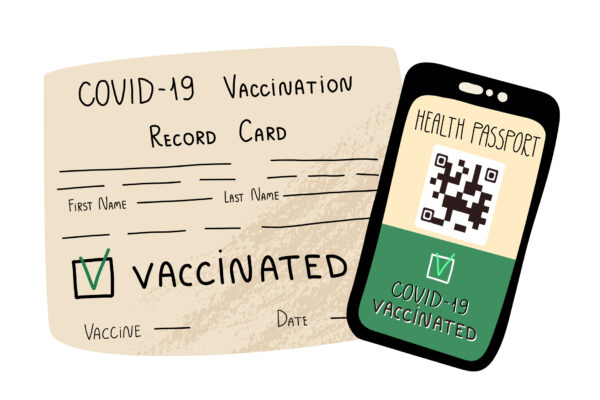 Vaccine passports arrive Sept 13th in BC. Having a vaccine passport is nothing really new in my opinion. I have travelled internationally and have a little yellow book which I presented at numerous borders to prove I am protected from, and thus not carrying in, a range of diseases including yellow fever, hep A, hep B, polio, etc.

I also took anti-malarial drugs every time I went to Africa and India including a particular type prescribed by my doctor which are now banned in most western nations for the harmful side effects. Wish I knew that before I took them, because I got many of those side effects, but I still believe it was better to hallucinate and lose my hair than develop malaria.

Vaccines in general are one of the great gifts medicine and science have given us. Those diseases listed above, as well as the other routine vaccinations we can receive in Canada (think MMR and DPT), enable us to live freely and for the most part safely without fear of being struck down by something we can’t see carried by someone we love or a stranger we don’t know.

The biggest problem with vaccine passports, in my opinion, is how divisive they have become in this society. For those who have some or all of their vaccinationsit is confusing why the whiff of a vaccine passport makes reasonable people furious.

I would like to really understand this too, but I have a theory. Or rather, other people have a theory which seems reasonable to me.

I think somehow, somewhere in our “westernized” thinking, we came to value individuality and personal choice a lot more than societies had in the past. It makes sense. Societies of the past had to worry a lot more about survival in general and thus people needed each other more and needed to look out for each other.

The book Homo Deus by Yuval Noah Harari made the point that in human history, people were most likely to die of starvation, disease and war. However, he went on to point out that now, more people die from obesity, old age, and suicide!

Today, when survival is mostly assured, and what kills us is usually ourselves, we can focus more on our rights and expressions of individualization.

That serves us well as long as something doesn’t come along which threatens us and the people in our community. Is that “something” COVID? I have no idea.

What I do know is that the bigger threat to us and our communities is not caring about and valuing each other. Whether I agree with you or not, I value you as a human and welcome the dialogue. At the same time, I don’t want your personal choices to threaten my ability to survive.

Candidly, I feel this way about smoking. Smokers are sent to designated areas and grouse about their rights being violated, but societally that has become acceptable, increasingly so now that the health impacts of cigarettes and second hand smoke became known.

This vaccine divide seems to be quite similar. Maybe there will be restaurants and bars where only the unvaccinated and their friends go. The beauty of democracy is we have room for different ideas. The challenge is there will never be 100% agreement.

At the end of the day, please don’t let something like this be the reason you stop talking to a family member, colleague and/or friend. Ideologies aside, we need each other more than ever.

From an HR lens, this means finding ways to be inclusive while ensuring you are an effective operation, i.e., safe, legally compliant, financially sound, meeting the standards for quality and efficiency desired by your customers/ clients, etc. Times like these require creativity, leadership, kindness and the support of people you trust. We hope that’s where we come in.